In my case, I also led and extremely hectic life, traveling constantly and giving macrobiotic seminars around the world. For three to four months every year for many years I stayed at hotels, flew on commercial jetliners, and followed a very unnatural lifestyle in order to spread the macrobiotic philosophy and lifestyle. 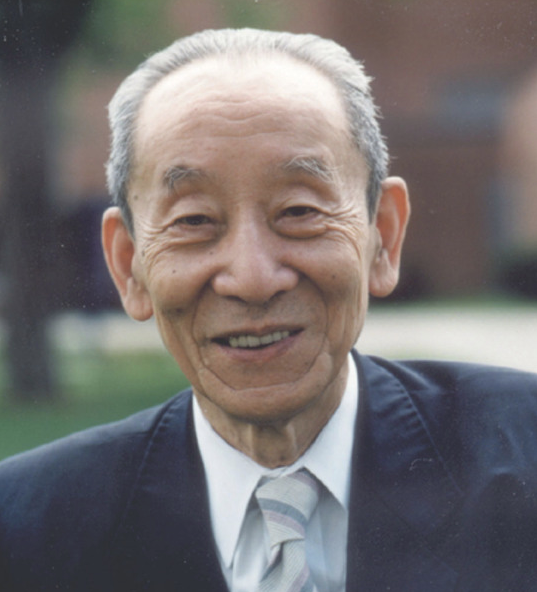 My illness came primarily after a decade of intensive teaching in Japan in the 1990s and early 2000s. The organizers would make very beautiful macrobiotic dishes for me to enjoy. But almost every night after my lectures I was obliged to meet with students, businessmen, journalists, and friends and colleagues while lined up at mealtime for advice, to sign a book, ask a question, or present me their business cards. Naturally, I couldn’t eat or drink in such an environment. At 10 p.m. I would return to my hotel and order something to eat. I avoided beef, pork, and other extreme foods, of course, but I enjoyed pancakes, sandwiches and other baked flour products. And I violated one of the cardinal macrobiotic guidelines: Don´t eat late at night before sleep. In the United States I also developed a habit of snacking on donuts and baked foods to relax, as I took breaks at coffee shops in between classes and consultations.

The end result was that I developed cancer in the large intestine, specifically the transverse colon. This is the central part of the colon. Usually, cancer in the descending colon (and rectum) are caused by beef and other strong animal foods. Malignancy in the ascending colon is caused by sugar, oil, and more yin, expansive foods. In my case, the transverse colon was affected primarily by my baked white flour consumption and the in-between combination of strong yin and yang.

I noticed pain from time to time while travelling and eventually had it checked out medically. Following the diagnosis, I immediately stopped all traveling, returned to a more orderly and balanced way of eating, and widened my diet to consume more salad, fruits, and lighter macrobiotic dishes. Meanwhile the tumor grew and almost completely blocked the transverse colon. I was advised to have an operation immediately. Since I couldn´t eat and compresses were unable to open the blockage, I agreed to the surgery. After the operation, the doctors studied the part they had removed and found it unlike any tumour they had ever seen (because I was not eating any meat or dairy). Altogether, about forty cancer specialists, medical students, and M.D.s gathered to discuss my case. They eventually recommended and experimental chemotherapy, but I declined.

I went home, ate well, and rested. I used no particular compresses. Midori, a young woman from Japan studying macrobiotics, helped me in the hospital and at home until I could get up and manage myself, about three months after the operation. After that, I slowly grew stronger. I returned to Japan intermittently over the next couple of years and to Europe to give seminars, but it took a toll on my recovery. For the last several years I have curtailed my teaching and adopted a more comfortable schedule. Recently, Midori and I were married, and we look forward to many happy years together while continuing to spread the macrobiotic way of life.

In many cases of cancer, if not most, medical treatment, especially extreme methods such as radiation therapy and chemotherapy, are not needed. As my family’s cases show, however, medical treatment and macrobiotics can be successful – or unsuccessfully be combined. I very much appreciate the benefits of modern medicine, including radiation and chemotherapy, in difficult cases such as ours. But high doses should be very carefully controlled and monitored. Lower and more moderate doses are recommended, especially for those observing a macrobiotic, vegetarian, or more plat-quality diet.

There were other indirect factors in our illnesses. It has been shown that cancer often develops after a trauma such as an injury. In Aveline and Lily’s cases, both had accidents prior to the sicknesses. In the Berkshires, Aveline what was in a car accident in which the vehicle turned upside down. She suffered no severe injury and walked away from the mishap. She also fell down a staircase at home and recovered several days later. In Lily’s case, she was hit by a train while walking along the tracks on a visit to Japan. She was rendered unconscious and carried to the hospital where she recovered in about a month. Accidents such as these show that person’s life is out of balance and needs to change. There may also have been emotional factors. Both Lily and Evelyn develop the same kind of cancer at the same time even though they were living apart and eating differently. This suggests a deep emotional and spiritual bond between them in which they share each other’s pain and suffering.

Friends and colleagues have suggested several other possible factors in our illnesses. Firstly, they wondered if exposure to atomic radiation after the bombing of Hiroshima and Nagasaki could have influenced the development of cancer and Aveline and may and created susceptibility in our daughter. At the time of the atomic bombing of Japan Aveline lived in Yokota, a small mountain village several hours away from Hiroshima by a railroad and she had relatives in the area. In my case, after I was discharged from the Japanese Army and about a month after the bombing, I visited Hiroshima and saw the ruined city for myself. it is doubtful Evelyn was affected by the radiation. Possibly I was more influenced by direct exposure to lingering radioactivity. But as doctor as Dr. Azikuzi in Nagasaki showed, survivors eating a macrobiotic diet protected themselves from radiation sickness through eating miso soup, brown rice bowls, kombu and other strengthening foods. Practically speaking, atomic radiation was not a contributing factor.

It is also well known that when a healer or medical practitioner is working day and night with people who are ill, there is a transmission of energy from the patient to the healer or environment. Sick people were constantly in our home. Aveline cooked and cared for many cancer patients over the years who came to us as a last resort. While cancer itself is not contagious, the energetic and psychic vibrations of weakened and sick persons, especially those who have taken great quantities of chemotherapy or radiation, can produce a vibrational effect and influence the mind and emotions of the caretaker. We preserved a calm, clear mind and spirit as best we could over the years. Whether or not this was a significant factor, we were happy to help others and never regarded it as an excuse for our own illness.

From our experiences, can it be concluded that macrobiotics doesn’t work? I don’t think so. If anything, all cases attest to the power of macrobiotics to help heal after one has lost his or her balance and become seriously ill. By returning to sound, healthful dietary and lifestyle practices, Aveline, Lily, and I all improved and initially recovered. Modern medicine helped us, but in the first two cases it also did harm. Modern medicine has moved dramatically toward complementary and holistic medicine in recent years, including towards macrobiotics. In the same way, macrobiotics is moving toward modern medicine. The world as a whole faces multiple crisis today related to the environment, energy, food quality and sustainability, war and peace, the proper use of technology, and financial and economic security. We need to be flexible, open, and grateful for all approaches as we find our own balance and contribute to planetary health and peace.

We all live in two worlds today, the natural world and the modern world. It is extremely challenging to lead a completely natural or macrobiotics way of life and keep one’s health. It is hoped that the next generation will learn from our mistakes and discover the way that is appropriate for their personal growth and development and for their era.