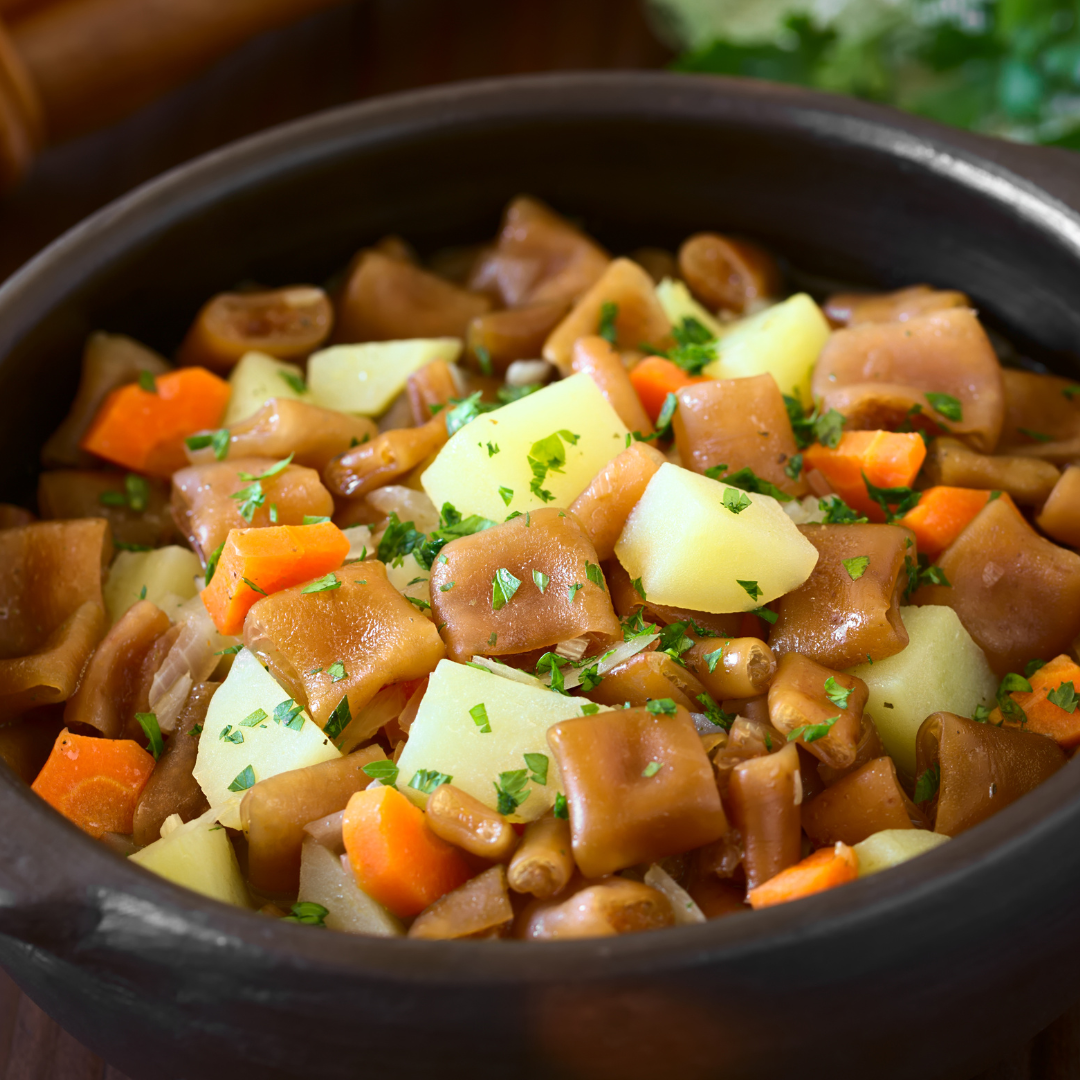 The cochayuyo seaweed is a brown seaweed like, for example, kombu. It is gelatinous and has a mild but intense flavour. Energetically it is quite yang, it moistens and tempers us. It is not well known in Europe because it is native to America and has been eaten for centuries in countries like Chile. It grows attached to rocks and reaches up to several metres in length. It grows in Chile from the Antofagasta region to Cape Horn, especially in areas with high waves and cold waters.

Its name comes from the words “kocha”, which in Quechua means “lagoon or sea” and “yuyu”, which means “turnip or vegetable”. In other words, “cochayuyo” means “sea vegetable”.

The Mapuche communities have traditionally used it to make stews, pebre (which is a Chilean hot sauce that is typically accompanied by bread), cakes, soups, salads and jams.

The cochayuyo contains a lot of fibre, formed by mucilage and alginic acid. The latter can bind to heavy metals and other toxins to form alginates that facilitate their elimination, which is why this seaweed helps to clean fats and is depurative. It is rich in minerals such as calcium, iron, magnesium and manganese, and the amount of iodine it contains is balanced enough to be taken daily. It contains very little fat and provides more protein than grains such as maize, wheat or brown rice. Other nutrients include phosphorous, zinc, sodium, potassium, folic acid and vitamin E.

In Spain, it is also commonly consumed indirectly in jams, ice cream, fruit juices, sauces, etc., as some of the non-chemical thickeners, emulsifiers and stabilisers contained in these foods are made from the alginic acid of the cochayuyo.

Some time ago, I remember that cochayuyo seaweed disappeared from the shelves in my organic shop and they could not explain why. After a while I found it again available in the shops. When researching for this video, I contacted Brotasol, the company that markets cochayuyo seaweed in Spain, and they told me that it was no longer distributed between 2010 and 2018 because it was not included in the food code or in the list of existing foods on the market in 1997, so a European regulation was applied that considered it as a new food.

Registration as a new food is a very long, complicated and costly process, due to the administrative procedures required by the public health administration. In addition, it is necessary to pay, of course, a commission of experts to decide whether the new food is edible or not. If we calculate the whole procedure, we could be talking about between half a million and two million euros.

Between 2010 and 2018 it could not be distributed as food but as a fertiliser for home gardening, as it can also fulfil this function.

Brotasol told me that in 2018 it was registered as a food supplement because the bureaucratic process was much simpler. Even so, the process of labelling it as food is still going on. I don’t know anything more about it at the moment.

HOW DO YOU COOK IT?

You will notice that it has a fleshy texture much more like mushrooms than other seaweeds. There are very simple ways to cook it. For example, you can simply boil it by adding it to grains, pulses or vegetables during the last 15-20 minutes of cooking. If you cook it longer, it may not be whole. Another way is to simply soak it for 30 minutes in boiling water and then cook it for another 15 minutes or add it to whatever you are cooking.

I hope you found this article enlightening. If you use this seaweed in your menus, let me know!

Take care and see you soon!