Michio Kushi was one of George´s Ohsawa’s most active students. He went on to become one of the most prominent macrobiotic teachers and counsellors. Together with his wife Aveline set up a successful macrobiotic school which was to become one the reference centres for macrobiotic and wholistic studies in the world. Generations of graduates from the Kushi Institute in Massachusetts later started careers as chefs, entrepreneurs, counsellors, healers and teachers. As a result, macrobiotics has spread around the world and continues to do so.

One of the principles of the Order of the Universe which Ohsawa and Michio taught states that what has a front has a back and the bigger the front, the bigger the back. Well, the following is something that Michio writes in his book “The Cancer Prevention Diet”. And I think it´s worth reading.

ILNESS IN THE KUSHI FAMILY

The macrobiotic dietary and lifestyle approach has been shown to be highly effective in the prevention and reversal of cancer. However, no one is immune from cancer in the modern world, not even long-time macrobiotic teachers, friends, and families. The primary reason for this is that the accelerating speed of life today, the advent of new technology, the decline of soil and food quality, and rapid climate change make it more and more challenging to practice macrobiotics in an optimal manner.

My own family is a case in point. Since the last edition of this book, my wife, Aveline, my daughter, Lily, and myself all experienced cancer. Many people who hear of illness in our family assume that macrobiotics doesn´t work. Let´s look briefly at these three cases and determine if this conclusion is warranted. 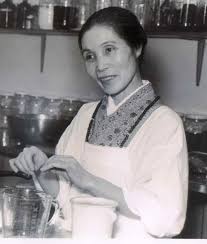 For over thirty years Aveline led a heroically purposeful and hectic life. She created and managed up to a dozen macrobiotic study houses in the Boston area with two hundred students; founded Erewhon, America´s pioneer natural foods company; persuaded farmers in California to start growing the first organic rice in the United States; and taught thousands of cooking classes -all the while bringing up five children, tending later to many grandchildren, and traveling around the world with her globetrotting husband.

Naturally, she couldn´t eat well during much of this time, especially when travelling internationally. Also, in keeping with a more strict Japanese style of macrobiotics that she learned when studying with George Ohsawa after World War II, she tended to avoid fresh salad, fruits, and other lighter fare. As a result, she became more and more contracted, or what we call yang. She loved fried kombu, the strongest sea vegetable, and she enjoyed deep-fried sourdough bread. Baking and deep-frying are each very yang and in combination are extremely tightening. The end result over time was cervical cancer, a very yang tumour, in the contracted lower part of her body.

After Aveline became sick, in the mid-1990s, she immediately changed her way of eating, balanced her macrobiotic diet, and began to get well. The tumor began to shrink. But because it was so hard and contracted, she agreed to strong medical treatment to help eliminated it when compresses reached their limit. She underwent radiation therapy, a relatively mild dose, and within about one and a half months her cancer was gone.

While I was travelling, Aveline received medical advice to undergo experimental internal radiation. Without my advice, she agreed, and it took place one entire night at the hospital. Within a few weeks pain began in her spine and other bones, and it spread through the Governing Vessel, one of the major meridians. In macrobiotics, radiation is classified as more expansive or yin. In a mild dose, it originally helped, along with diet, to melt her tumor. In the strong experimental internal dose, it led to excessive expansion of her skeletal frame and pain. I was away teaching at the time and would have strongly discouraged Aveline from taking this second round of radiation had I known.

After that, Aveline suffered from chronic pain over the next several years. She had to use a cane or walker to get around. She was well taken care of at home, eating as healthfully as possible. She consumed good-quality sweets and amazake, a fermented rice beverage, but she couldn´t offset the effects of the radiation. She passed away in 2001, in my view from iatrogenesis, or a medically caused disease. 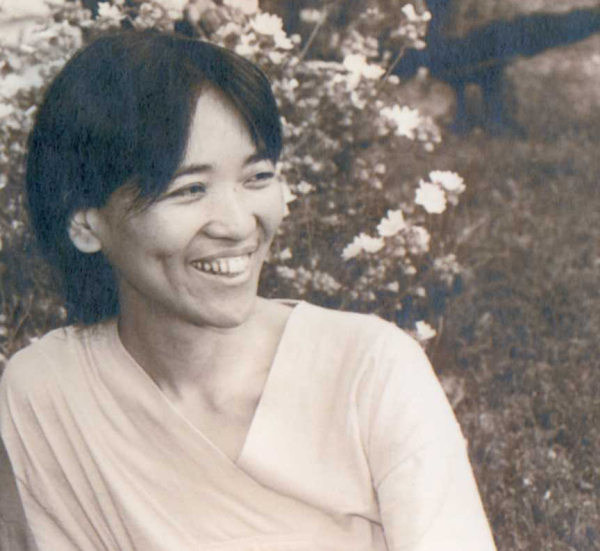 Lily Kushi, my daughter, also suffered from cervical cancer. Actually, her case began a little before Aveline´s. She was an excellent musician and composer and lived for seven years in Los Angeles writing music for the movies. Her social life revolved around the film industry, and she often stayed up late and went out to parties to keep up her social contacts. She avoided eating many foods that weren´t good for her, but not completely. She especially liked salmon, in the form of sandwiches, sashimi, and smoked salmon. She never ate meat, very rarely eggs, and ate a little sugar on social occasions. She developed cervical cancer from indulging primarily in this extreme diet. Salmon is a red-meat fish and extremely yangizing. Her cancer appeared in the cervix, a very yang, constricted organ.

Returning from California, she went to the Kushi Institute, our educational centre in Becket, Massachusetts, and for a while lived in a rented house in Becket. Cooking for herself, she improved, but her condition continued to fluctuate. Following a check-up at Massachusetts General Hospital in Boston, she received a moderate dose of radiation and completely free of cancer after that.

Again, however, the same doctor who recommended internal radiation for Aveline suggested it for Lily. Actually, the received it at the same time, while I was away teaching. After that treatment, the radiation spread through Lily´s liver meridian, and the liver became very swollen. At home she continued to receive a good food and home care, but the radiation was so strong that her leg started to swell. Returning to the hospital, the liver pain continued, and she eventually passed away one evening toward sunset. She survived about one and a half years after her diagnosis. Aveline lived about five years. Both lived much longer than normal for patients with similar conditions. They were both such wonderful. loving women. Aveline (…) selflessly devoted her life to compassionately serving humanity, and Lily brought her family much joy and touched the hearts of all who knew her.