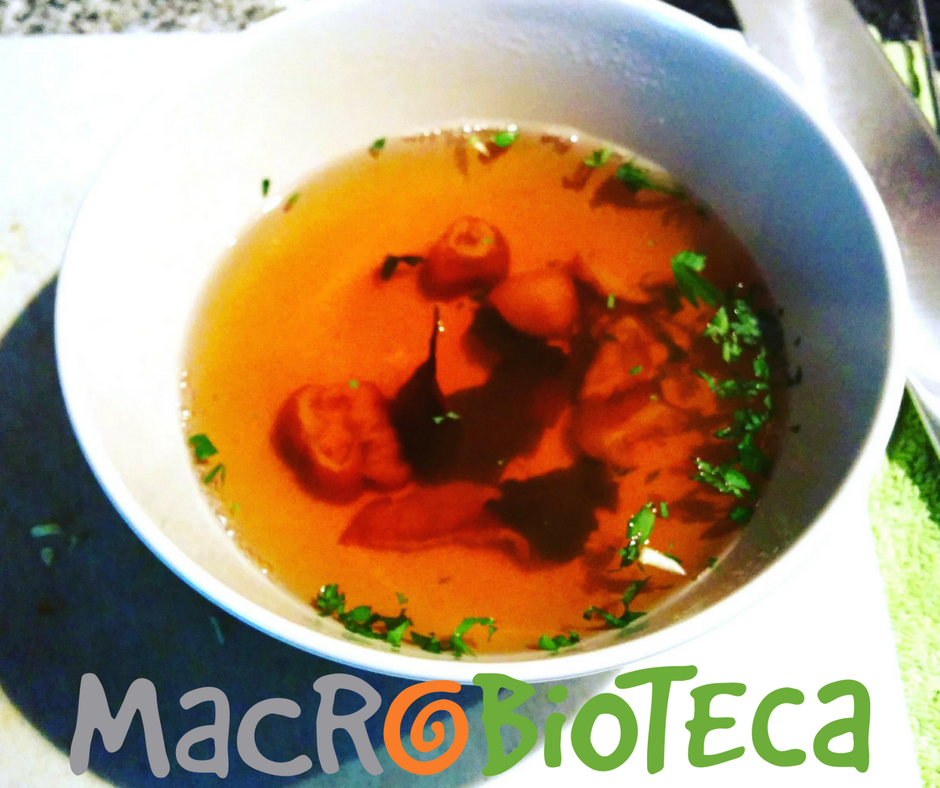 “Dashi” is a Japanese word used to refer to the basic stock used for many preparations, such as the famous miso soup. It is made with kombu seaweed and water, and there is a version with dried fish which is the most widely used in Japan. However, today we will be opting for a vegetarian version that is also widely used, which includes dried shiitake mushrooms.

This “dashi” broth can be used as base for many dishes, as well as to prepare all kinds of grains with it and thus enhance flavour. Use it for vegetable soups, noodle broths, etc.
The shiitake mushroom is full of nutrients and it is very powerful to lower cholesterol and triglycerides levels  as well as to cleanse the blood while boosting the immune system. Scientists have isolated substances from shiitake that could play a role in curing and preventing coronary heart disease, cancer and AIDS. Shiitake mushrooms can be found in organic food stores. They have an intense earthy flavour, so a small amount already gives a lot of flavour. If they are dry, soak them for at least 20 minutes before cooking. The soaking water can be used. They are very tasty in soups, broths, sauces and medicinal teas.
Tagged recipes